Our proposed Guggenheim Helsinki sets out to be an innovative, multi-disciplinary

museum of art and design with bio-economy based building design, sustainable

contemporary design and the landmark museum in conjunction with other civic facilities in Helsinki, Finland.

with long history and the natural ones such as the isles, the seas, green areas and the

together, conglomerate and dissipate a spectra of the elements and multidisciplinary

in consideration of the site constraints gleaned from such a regeneration.

Urbanistically,it connects and reinforces the procured urban elements such as cycling and

pedestrian transport system by securing the routes for them.

Historic waterfront setting for a project can be transformed into vivid gatepoint forming new kind of clusters for the port functions.

Thus, our proposed plan can connect existent routes and creates a pedestrian itinerary

from the harbour to historic city center and parks with the proper setback and open space.

Also, the reduction of the energy consumption in operation is achieved in consideration

of the climatic design and the potential of energy sources in the locality.

As such, the ecological footprint is minimized and local economy expects to be boosted as

well as the social integration for Eco-responsible civic place is ensured.

On the other hand, the cityscape is sensitively looked upon in that the height of the entire museum is around 23m or 26m(if other engineering equipment is included) and

The roof contours are inclined and uneven, and the zinc roofs with the erosion can give

the sense of time passing in tune with the historical buildings on the back.

Largely, so far landmark or symbolic buildings have gathered in the inner urbanized area in Helsinki.

city than that in the inner parts.

As in the exterior, the interior features of the museum proposed are characterized by ''the

white ellipsoid spaces'' with a mixture of sand witched plates and the raked walls.

Furthermore, the interior lighting can be located linearly on the ceiling in order for building 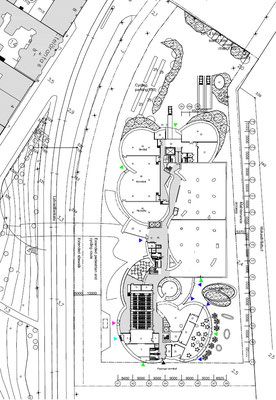 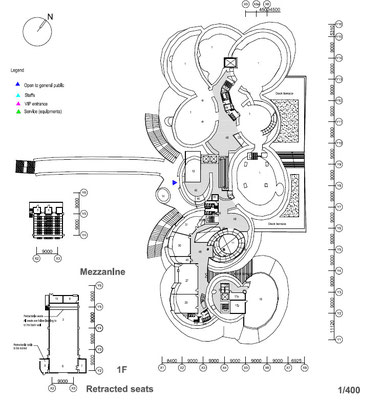 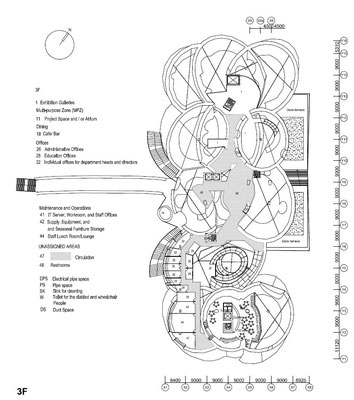 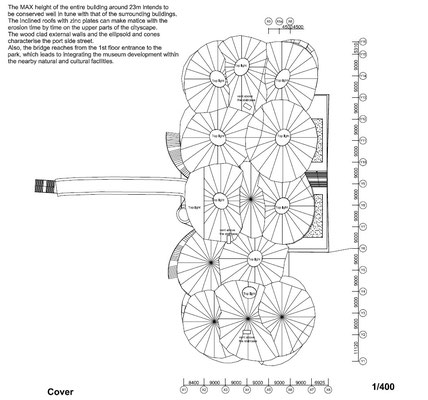 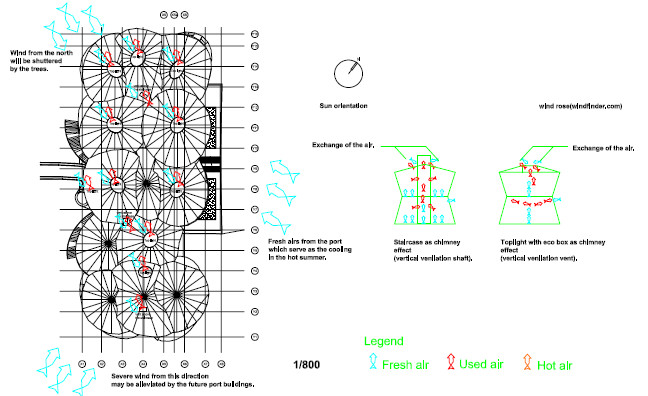 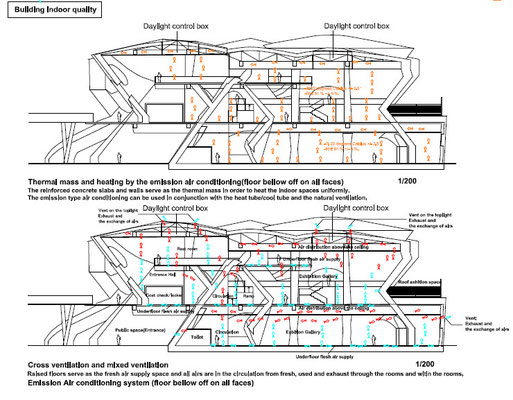 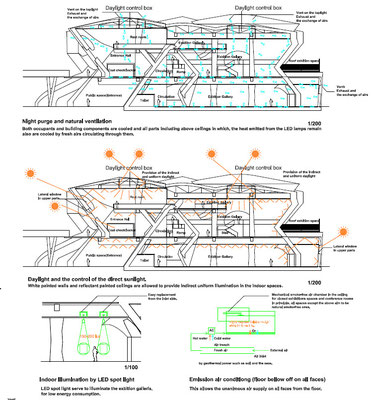 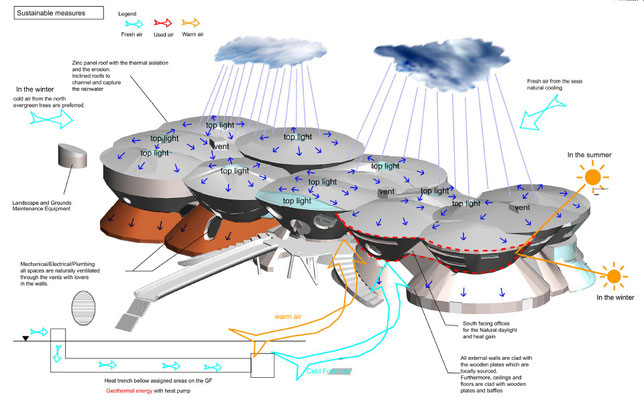